Open up a world of opportunity by trading the largest and most liquid financial market in the world!

Sign up for an account with Alchemy Markets and take advantage of price movements across the most popular Forex pairs with tight spreads, no commissions¹, institutional liquidity and execution, and expert customer support 24/5. 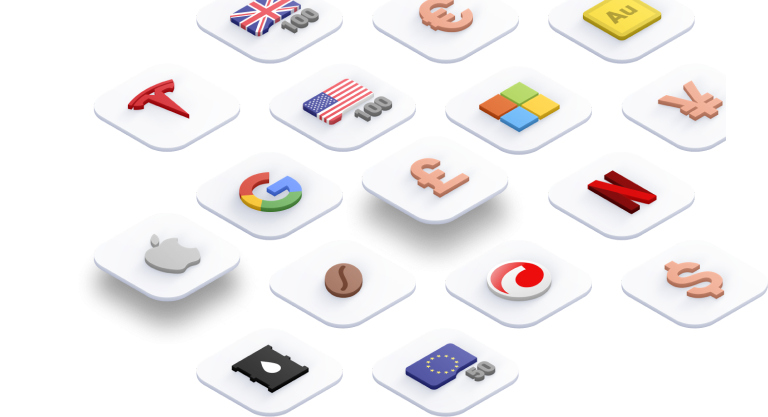 Why Trade Forex with Alchemy Markets?

At Alchemy Markets, we strive to bring you the best Forex trading experience with our exceptional trading conditions, access to 125 Forex pairs, and leverage of up to 500:1*. Below are some of the perks you can enjoy when you sign up for a live account with us.

Institutional Spreads
and No Commissions

Alchemy Markets offers some of the lowest all-in costs for FX trading. Access tight spreads with zero commissions when you trade your favourite currency pairs with us.

Trade anytime, anywhere with some of the fastest FX execution speeds in the market at

Manage your Forex trades hassle-free with zero trading restrictions and transparent pricing, including no requotes and no rejections.

Gain full exposure for a small initial margin deposit on your trades with leverage of up to 500:1*.

Receive expert support 24/5 from our professional teams available through live chat, WhatsApp, Telegram, or over the phone.

How to Open a Trading Account
with Alchemy Markets

Open a Forex trading account with us and access the largest and most liquid financial market in the world in no time.

Verifying your identity has never been easier with Alchemy Markets’ Automated KYC software.

Seamlessly fund your account and start trading your favourite instruments from your preferred device with market-leading prices, and no trading restrictions.

What is Forex Trading?

Forex trading, abbreviated to FX trading, stands for Foreign Exchange trading. It is the buying and selling of currencies on the Forex market with the goal of making a profit from fluctuating price movements. Forex traders attempt to make predictions of these price movements with various trading tools and strategies. They purchase a currency when they predict its exchange rate will rise, and sell it when they predict its exchange rate will fall.

MetaTrader 4 is the gold standard of Forex trading platforms! MT4 is easy to use and has 30 built-in indicators and 9 timeframes. Trade with 2 market orders, 4 pending orders, build your own algorithms with MQL4, and automate your trading with Expert Advisor (EA). Access advanced tools from Trading Central and FXBlue for free. Our partners can also use the latest PAMM and MAM software for portfolio management. Execute and monitor your trades anywhere, anytime on desktop or on mobile.
Open Live Account

Make each trade count with MetaTrader 5, the next generation multi-asset trading platform! MT5 has 38 technical indicators, 21 timeframes, and up to 100 open charts simultaneously. Trade with 2 market orders, 6 pending orders, build your own algorithms with MQL5, automate your trading with Expert Advisor (EA), and backtest your strategies with MQL5 IDE's Strategy Tester. Our partners can also use the latest PAMM and MAM software for portfolio management. Execute and monitor your trades anywhere, anytime on desktop or on mobile.
Learn More

Trade with the very best on FIX API 4.4! Connect to global liquidity directly and integrate with any trading platform or GUI. Enjoy ultra-low latency and high-speed trade execution at <10ms with state-of-the-art hosting at the Equinix LD4 data centre near London, a disaster-recovery solution, and DDoS protection. We offer institutional raw spreads and a sliding scale commission based on notional volumes so high-frequency traders can save more.
Learn More

How do Forex Trading Accounts Work?

A Forex trading account allows you to hold and trade foreign currencies. When you open a live account with us, you can deposit money denominated in your home country currency and instantly gain access to the market through our Forex trading platform providers. You can then begin to start trading currency pairs.

As a reputable and top-tier online Forex broker, Alchemy Markets offer commission-free FX trading¹ on our standard account holders. When you create a Forex trading account with us, you can enjoy institutional execution and liquidity, and as a traders-first broker, we also offer expert 24/5 customer support for all our account holders.

Your money, your way. At Alchemy Markets, traders can withdraw and deposit their funds with ease at their convenience using any of our available methods, including Bank Wire, Credit Card, Skrill, Neteller, Cryptocurrency, and UnionPay. Take your pick and fund your account in no time.

You can participate in Forex trading online on any of our foreign exchange trading platforms, which include MetaTrader 4, MetaTrader 5, and Alchemy Markets’ FIX API solution. All of our platforms are equipped with a wide range of technical analysis tools and indicators. Forex traders can also automate their trades with Expert Advisors and enjoy the flexible use of leverage and expert customer support. For high-frequency traders, our FIX API offering includes a sliding scale commission based on trading volume so that you can save more in costs.

Forex trading takes place on the Forex market, which is the largest financial market in the world with a daily turnover volume of trillions of dollars. FX trading is divided into sessions. The four major sessions are Sydney, Tokyo, London, and New York, and traders can take part in any session regardless of their location.

Forex pairs are traded in lots. A standard lot is 100,000 units of the base currency of a Forex pair, a mini-lot is 10,000 units, and a micro-lot is 1,000 units. This is due to the fact that Forex price movements are small, measured by pips. One pip is 0.0001 in most currency pairs. For Forex pairs with the Japanese yen as the quote currency, one pip is 0.01.

For sure. Traders can open a Forex demo account with Alchemy Markets and see if FX trading is suitable for them. We offer three platforms on which to trade Forex, equipped with superior technical analysis tools and indicators. Traders who wish to test out advanced Forex trading strategies before going live can also do so on our platforms.

Open the door to the largest and most liquid financial market in the world and trade 125 Forex Pairs by simply signing up for a live account with us!

*All instruments offered by Alchemy Markets are traded in the form of derivatives as CFDs.

¹We offer commission-free trading on Forex, Indices, and Metals only. For more information on our charges on other products such as Crypto CFDs and Stock CFDs, you can visit our individual product pages